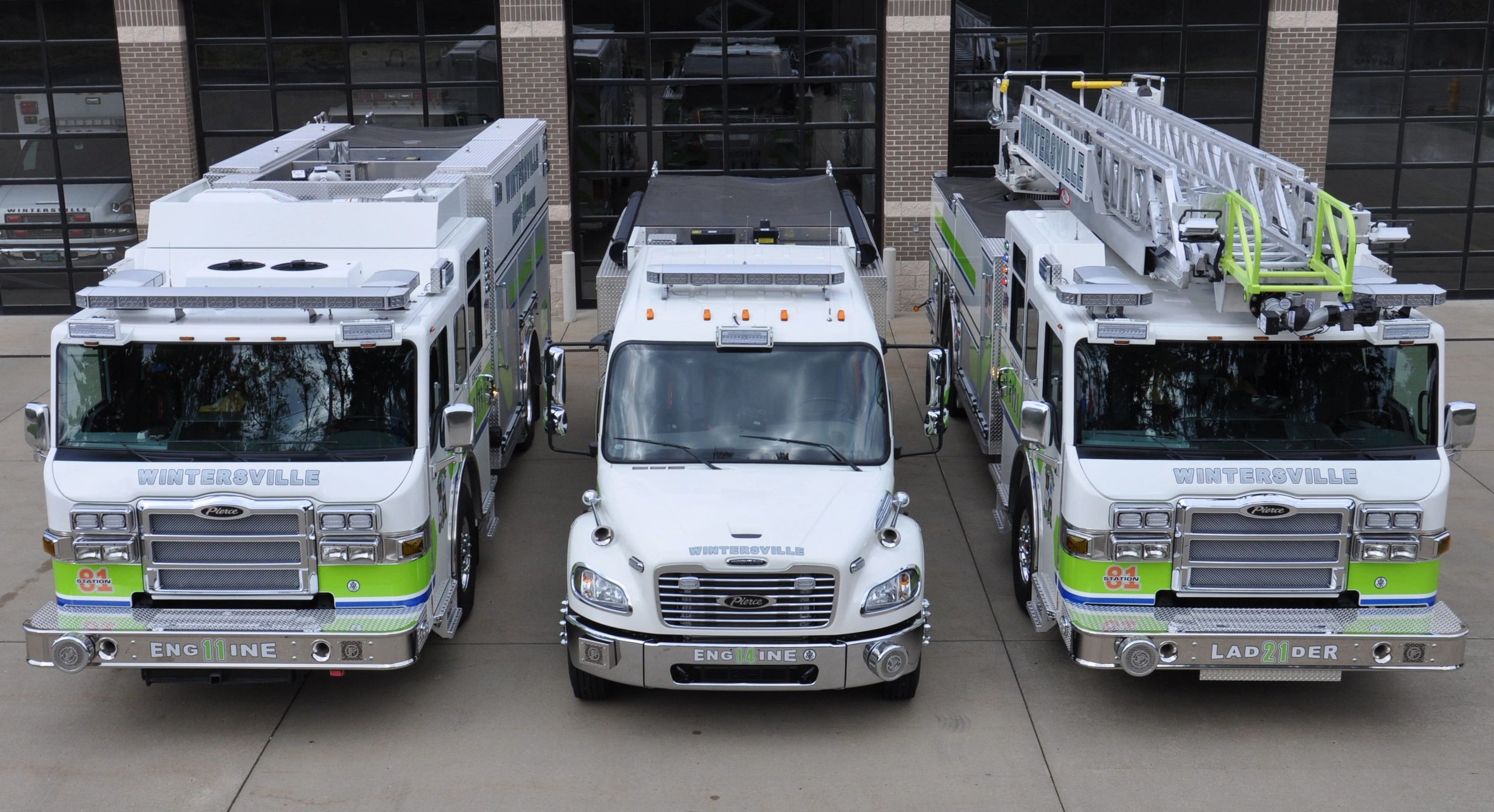 HISTORY OF THE DEPARTMENT

The Wintersville Fire Department was organized and chartered in 1941 as part of the Civil Defense.  The fire department originally located along Main Street, east of Leonard Avenue.  The fire department was incorporated in 1944 as a nonprofit organization for the protection of the community.  Members built a fire station on Leonard Avenue.  The first truck was purchased in 1944 and delivered in the spring of 1945.  In 1951 the department bought its second truck, a 500-gallon pumper with a 500-gallon water tank.  In 1954, the department traded in its 1944 truck and bought a new 500 gpm pumper with a 800-gallon water tank, giving the department the capability of carrying 1,300 gallons of water to fires.

The department purchased an emergency car that carried first aid equipment, such as gas masks, stretchers, blankets, ropes, resuscitator, inhalator, aspirator, bars, tools and extinguishers.  In 1960, the department moved to the Grove Street building that is currently occupied by the Village of Wintersville.  The building was constructed at a cost of $64,000 and the fire department remained there until October 1998 when it moved to the former Western Branch Diesel building on Luray Drive.  The building was purchased for $600,000 and about $2.7 million was invested in renovations.  The department saved approximately $1 million dollars by renovating the former warehouse and garage space instead of building a new structure.

The department received its first emergency medical unit in 1963, used to serve State Route 43 out to Amsterdam and Bergholz and along U.S. Route 22.  Our first advanced life support ambulance went into service in 1979 when EMTs received paramedic training, making them the first batch of paramedics in the county, along with members of other departments in the area.  Other fire departments also established EMS services throughout the county reducing the runs from the Wintersville fire station.  Currently the department at Luray Drive operates from a 33,000 sq. ft. facility.  The department is a registered 501(c)3 nonprofit organization.  Increased demand for emergency medical services prompted our department to staff personnel during daylight hours.  This was done so through monies collected from fund raising efforts, emergency medical billing, and current ems levies.  Prior to 2017, the department annually responded to approximately 1,700 calls a year.  Staffed with four members during daylight hours only, seven days a week.  Members still respond during evening hours from home.

In 2017 the department transitioned to a 24hr department with the implementation of The Seven Ranges Fire District.   We finished out our 2017 year with  2,235 calls.  Since then our call volume continues to increase.  Currently staffed with 4 firefighters 24hrs a day, and six firefighters during daylight hours that includes chief officers .